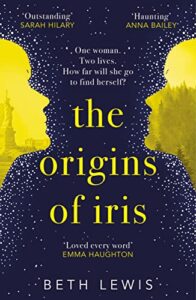 THE ORIGINS OF IRIS

One woman. Two lives. How far will she go to find herself?

On the outside, Iris and Claude have a perfect marriage, but that couldn’t be further from the truth. One terrible night Claude’s abuse goes too far and Iris flees into the Catskill mountains.

In the wilderness, Iris comes face to face with another version of herself. A woman who never met Claude and seemingly made all the right choices in life.

Trapped by an oncoming storm, Iris must uncover why they are there, what it means, and if the other Iris is even real. As the storm hits, the truth of what happened that fateful night will change everything.

An important, searing novel about one woman’s journey in fleeing an abusive relationship and confronting the secrets of her past. 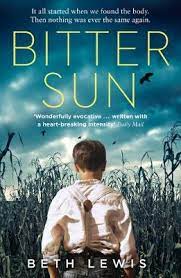 It all started when we found the body… Then nothing was ever the same.

The Dry meets Stand by Me and True Detective in this stunningly written tale of the darkness at the heart of a small mid-Western town and the four kids who uncover it.

In the heatwave summer of 1971, four kids find a body by a lake and set out to solve a murder. But they dig too deep and ask too many questions. Larson is a town reeling in the wake of the Vietnam draft, where the unrelenting heat ruins the harvest, and the people teeter on the edge of ruin. As tension and paranoia run rife, rumours become fact, violence becomes reflex. The unrest allows the dark elements of the close-knit farming community to rise and take control.

And John, Jenny, Gloria and Rudy are about to discover that sometimes secrets are best left buried… 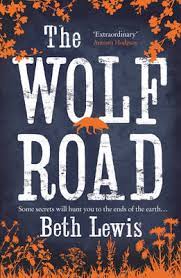 Fear is always one step ahead…

ELKA BARELY REMEMBERS a time before she knew Trapper. She was just seven years old, wandering lost and hungry in the wilderness, when the solitary hunter took her in. In the years since then, he’s taught her how to survive in this desolate land where civilization has been destroyed and men are at the mercy of the elements and each other.

But the man Elka thought she knew has been harboring a terrible secret. He’s a killer. A monster. And now that Elka knows the truth, she may be his next victim.

The Wolf Road is an intimate cat-and-mouse tale of revenge and redemption, played out against a vast, unforgiving landscape—told by an indomitable young heroine fighting to escape her past and rejoin humanity.